As Indycar seasons go, that was one of the absolute best in recent history and as good as any I can remember. The finale was all anyone could ask for (save for maybe Will Power and Penske).

Seriously people, how could one have any beef at all with the ON-track product this year?

Lists and bullet-points are to my thought process as Salt and Vinegar kettle chips (or perhaps a fine Belgian White Wheat ale) are to my taste buds (can't not partake in them) so any doubters may want to try to fairly consider the following items of 2012;

It's hard to quickly come up with another season that beats the one just finished.  Given the current auto-racing and economic climates, what more can we fans really and truly ask for?  Before a critic can list the requisite (and typically relatively minor) bitch-du-jour, consider these stats: 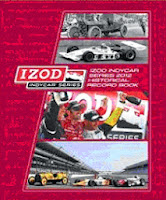 Feel free to do some requisite research by purchasing the combined Indycar records book.  I've already looked up three sample seasons from the Golden Era of CART/PPG Champions (1983, 1987, 1991, not including any USAC Championship Points listing).

Here's the tale of the tape:

I know, I know... figures lie and liars figure, but I think it's safe to say there is reasonable evidence to support the feeling I've had these last several months that 2012 was as good as any season we've seen.

If anyone still has any doubts about the greatness of the 2012 season, I encourage them to spend some time early in this off-season, go back into the records, and get a more clear picture of the schedule and competition in those golden days. They just might find that today isn't as bad as they think... if they care enough to get an accurate picture that is.

If you haven't yet bought the combined records book, you may use the terrific and free resources of ChampCarStats.com or even search Wikipedia for solid CART/Indycar info.

This off-season might seem unusually long coming off the great race and season finish we had in Fontana. Increase your INI (Indycar Nerdery Index) and check out some history while we wait for 2013..

..should the Mayan apocalypse theory fail us, anyway. 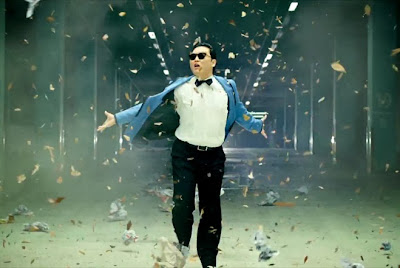 If you don't know WTF I'm talking about, do not proceed until you open the above link in a new tab in your browser, then watch it... then watch it again... and then one more time to let it all soak in.

South Korean Dance Pop may not be the world's predominant form of music but, despite SoKo's relatively recent affluence, it is one that enjoys itself and doesn't take itself too seriously. How can it? Why should it? I think the above music video (remember those?) is a stellar example of showing how fun taking yourself not soooooo seriously can be.

Indycar is closing it's 2012 season this weekend and, when you consider the total competitiveness each race, and depth of the fields of all races, multiplied by the breadth of talent required to maintain competitiveness at the variety of venues, I contend that 2012 has been one of the greatest seasons Indycar has ever turned out.

BUT, that's just my personal opinion.

Do I feel bad if no one outside of Indycar's 400,000 loyal followers sees it? I used to, but that feeling week in and week out slowly gnaws away at the enjoyment of it until you hit bone and then there's really nothing left to enjoy.

I'm not about to go on a rant bemoaning the whys or rail against the wherefores. It's been done ad nauseum and, at the end of the day, as a fan who chooses to consume the product or not, it doesn't matter.

Why we (the greater Indycar fanbase/community) feel the need to be more widely accepted beyond our nice little table near the back of the cafeteria has grown quite tiresome, unhelpful, and more questionable by the day to me.

If the model that currently exists is sustainable and even allows some room for modest growth, so be it and who the fuck cares beyond that?

400,000 Indycar loyalists worldwide means Indycar is a niche sport - simple as that. Indycar will be whatever it's going to be. People will love it or not. If you're enjoying Indycar, enjoy it to the maximum! 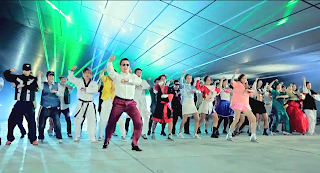 Enjoy it for what it is.

ENJOY THE HELL OUT OF IT!