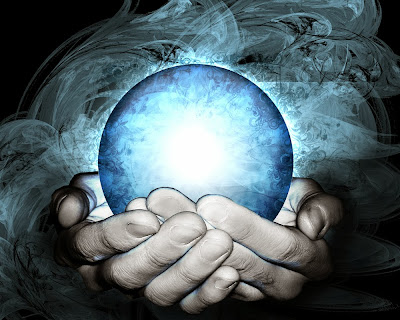 Howdy folks! Your old pal DZ here again writing on the very cusp of another Indycar season. Nothing like waiting 6 months during the off-season and then rushing together a post while the cars practice in the sun at St. Pete, Eff-Ell-Ayy.

Actually, my lack of posting should not be mistaken for ignoring Indycar. I simply have nothing new to say really.  Nothing anybody wants to hear anyway. I've posted a great deal of my opinion and thoughts on Indycar and the improvement thereof, much of which hasn't changed one iota in the last 3 years. To say the same thing in a different way is superfluous.

If you are reading this and thinking to yourself, "Wait, what ideas? I'm curious, yes, what are your ideas?". Firstly, bless you and thank you! Secondly, it's all found at various points in the 80-odd posts found over the course of the last 42 months of my blog.
(Use these helpful blog tags over there on the left side of the blog to help find those ideas)

Today, after completing my NCAA bracket just 30 hours ago and inspired by the freshness of a new Indycar season... I feel the energies for sooth-saying flowing grandly through my being, so without further ado...

- From the "BAM! Stone cold, Lead Pipe Cinch" Dept.: I can't get out of my head that James Jakes will win a race this year, JakesyNation will froth and weep openly. Jakes and I look a slight bit alike I'm told, so maybe when he wins, someone will confuse me for an Indycar driver and allow me to saunter around the garages at will.
- Motors being rendered "non-functional" (a new James Hinchcliffe engineering translation) will continue to be an issue for teams all season and will play a part in the Championship points finale at Fontana. What I'm saying is that someone in contention for the title will 'get screwed' because of it.
- From the "On this day in 2014" Dept.: One year from now: the season opening in St. Pete will feature only 20 full-season cars on the grid. I won't divulge how the drop by 5 cars occurs, suffice to say that a majority of those leaving will be USCR-related departures.
- Tony Kanaan will win the Indy 500 BECAUSE, for the first time in 7 years, I'm NOT predicting TK to win and saying the Helio gets his 4th. Make sense?
- Simona will finish 8th in points. I want her to win a race and finish in the top 5 points, but that's my heart talking, not my 3rd eye. Still quite a heartening improvement over 2011, 2012.
- No one will win the Triple Crown. In fact we'll have 3 different winners for each of the races. *sad trombone*.  Davey Downer I know, but don't shoot the messenger for what the universe told me... I will continue to drink Fuzzy's unabated however.
- From the "You can lead a horse to ovals, but you can't get any damn fans there" Dept.: Pocono will be the best race of the season that 14,000 paid fans will see live. Head-shakingly low attendance at non-Indy ovals will cause much consternation among all 'stakeholders'. No matter, I will be there and will have seen the race and this historic track in all it's glory with my own eyes. You will also read my first-person account of the weekend at IndycarUK!
- The Indy 500 will be completely rained out for the first time since 1997 and run on Monday.
- No CEO of Indycar will be named for all of 2013. More consternation and concern over no growth and lack of direct leadership will further unsteady the tenuous relationships with  team sponsors. 2 full-time cars will be gone for 2014 directly because of it.
- From the "I will hate to say I told you so" Dept.: Near the end of 2013, Miles will announce a much-ballyhooed revised rules package for 2014. Slight increases in allowable horsepower and slightly reduced downforce will be the primary focus. Big whoop. NO AEROKITS for 2014 and NO new engine manus. Same as it ever was, same as it ever was...

With good racing and no one outside of the 375,000 worldwide fans watching, Indycar will spend much of the late 2013 season and off-season wondering why. AGAIN. Another season rolls by, another opportunity to shake up the Indycar world wasted, with little direction out of the fog.

That foghorn you're hearing Indycar? That's the sound from your diminishing fan base trying desperately to lead you to safety one last time. Whether your questionable navigation agrees or not, it is (and ever has been) your only option. You're drifting farther away with each passing year.

Back in 2011, I outlined a way I believe Indycar can put in place a product that can help move out of the fog and to reach a much wider audience. With each passing year that prospect only gets more expensive and will include fewer and fewer teams. That plan also is nothing new and in some form has been REQUESTED by fans since 1998. That's 15 years ago. FIF-TEEN. Agonizing.

Nobody should realistically expect that incredible racing stretch from 1966-1975 to ever happen again, but it seems the basic environment for which that situation occurred can be formed again in a modern setting to provide a diverse and exciting product which will engage new generations of fans and sponsors, and lead Indycar out of the fog.