One of the most enjoyable parts of the Indy 500 is not only the amazing and rich history of the event, but knowing that each year is an opportunity to see something amazing.

Some of the richest lore comes from events that seemed destined for a certain end if not for the intervention of fate's final twist and newest Indy legend born.

I think of some of those events that nine times out of ten would turn out differently, more predictably, yet didn't, forever changing the future course of the race itself.  Over the next few weeks, I'm going to offer some of the most influential twists of racing fate in Indy 500 history and offer some alternate histories:

1987 - Mario Is Slowing Down:
The 71st Running of the 500 should have been the most uninteresting of modern history. Dominating the entire month's practice speeds through qualifying and even the Carb Day pit stop competition, Mario Andretti looked poised to finally shed the "Andretti Curse" and win his second Indy 500. Leading from the drop of the green flag, Mario led 170 of the first 177 laps of the race, losing the lead only briefly during pit cycles. On Lap 177, Mario was cruising to a seemingly easy victory when an electronic fueling malfunction occurred forcing Mario to the pits. His car never recovered and from there we know the rest, Roberto Guerrero assumes the lead after being over a full lap down to Mario, only to stall in the pits on the final stop allowing a further lap down Al Unser, Sr., to assume the lead.  'Big Al' hangs on to win his fourth after being rideless just 13 days prior.

Now let's engage some imaginative thought; just forget the history as it exists and travel down a new path... 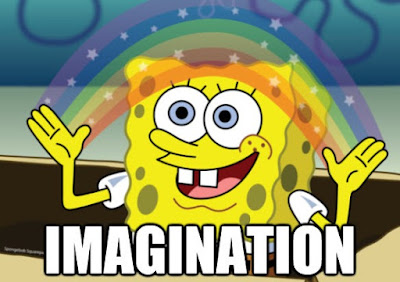 Mario wins the 1987 Indy 500 in a runaway victory. He and Michael go on to finish 1st/2nd respectively in the points title for different teams. Newman/Haas, seeing the extreme value in having the two together, expands to include Michael for 1988, driving Lola/Chevrolets for 1988. Struggling initially, they hit their peak at the 1988 Indy 500 with Michael defeating Mario via a late-race restart and becoming the first (and only to date) Father-Son pair to finish 1-2 at Indy.

Kraco Racing (Michael's previous team), starts the 1988 season with Al Unser behind the wheel and has predictably steady results due to the combination of the March chassis, Cosworth motor, and Big Al's tempered hand on the wheel. Near the end of the 1988 season, Kraco Racing is absorbed by Rick Galles Racing forming yet another formidable father-son team combination with Al Jr. for 1989.  The Andretti-Unser "family feud" begins and runs through the 1992 season when Mario, Al Sr., AJ Foyt, and Rick Mears all retire.

These 'Legends of the Brickyard' leave a massive hole in the sport with their retirements - AJ with 4- 500 wins, Mario and Al Sr. each with 3, and Mears with 2.  Mario comes out of retirement for the 1993 Indy 500 and finishes second to Michael again.

Al Unser, Jr., never makes it to victory lane in 1992 and never utters those famous words, Emerson Fittipaldi never becomes reviled as he was for drinking orange juice in 1993. Andrettis go on to to place three different family faces on the Borg-Warner, totaling 6 wins, Mario 3, Michael 2, Marco 1.