During the in-between days where the luster of the Indy 500 becomes patina and the pomp of season culmination not quite here, I dare to fill that space with something that most other outlets do not - rewrite the amazing and rich history of Indycar's biggest event, The Indy 500.

Knowing that between the fates, Racing Gods, and free will, something amazing can and often does happen. I find it refreshing to not simply rehash and parse history, but to ponder "what might have been".

Some of the richest lore comes from events that seemed destined for a certain end if not for the intervention of fate's final twist and newest Indy legend born.

I think of some of those events, that nine times out of ten would turn out differently and more predictably, yet didn't, forever changed the future course of the race itself.

From time-to-time, I'm going to offer some of the most influential twists of racing fate in Indy 500 history. I hope you enjoy this installment of Alternate Realities:

1967 - Something We've Never Seen Before:
The 51st Running of the Indy 500 set for Tuesday, May 30th, 1967 was one of the most historic before any race laps were ever turned. A wildly innovative car was brought by Andy Granatelli to the speedway in 1967 - the STP Paxton turbine. Utilizing a helicopter jet engine and four-wheel drive, the totally purpose-built car incited as much fear as curiosity in the racing community and beyond. While I was not present to observe this car and the reactions of those around, it is generally noted that the reactions centered around one of two - disapproval for how it could affect the integrity of the Indy 500, or wide-eyed curiosity for what it could mean for the future of racing and production automobiles.

The end-result however was one of heartbreak and disappointment for Granatelli, STP, and all those who developed and supported it. With just under four laps to go, after leading 170 of the 196 laps, an inexpensive but invaluable part failed in the transmission line sending the disturbingly quiet turbine car to an even-more-shockingly silent end and A.J. Foyt into victory lane for his third time, tying Louis Meyer, Wilbur Shaw, and Mauri Rose for most Indy 500 wins.

Now let's engage some imaginative thought; just forget the history as it exists and travel down a new path... 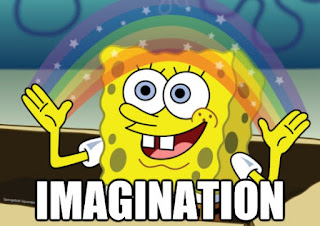 The $6 transmission bearing survives another 240 seconds of use and the incredibly wild, incredibly brightly-painted and futuristic STP Turbine, becomes the latest in a rapid progression of innovative cars to win the Indy 500. Rufus Parnelli Jones joins Milton, Vuky, Ward and Foyt as two-time winners of the 500. With the incredible and dominant win, USAC's attempts to shutter (outlaw) the turbine are met with surprising push-back from manufacturers and fans alike who are excited and ready for jet propulsion as the future of production vehicles. Chrysler, GM, and Ford all rush to begin turbine-powered factory racing programs.  The internal combustion engine soldiers on for another seven years, winning only once more (via the venerable Offy), before going the way of the front-engined chassis at Indy.

Parnelli goes repeats his wins with two more Indy 500s (in 1968 with the turbine motor and again in 1970, after being recruited by a rival team, ironically recording the Offy's final win) becoming the first person to win four 500s.  Parnelli subsequently retires from racing in Victory Lane only to join STP Granatelli Racing in 1971 as a team partner and overseeing the Chrysler factory NASCAR jet-engine racing program.

By the mid-1970s, all major forms of motorsport employ various configurations of smaller turbine motors while production vehicle sales for the first turbine passenger cars off the assembly line are staggering. With surprising initial reliability, multiple fuel options, and quick public acceptance, the 'jet-age' is ushered in.  All manner of styling is affected, from clothing to appliances to architecture.